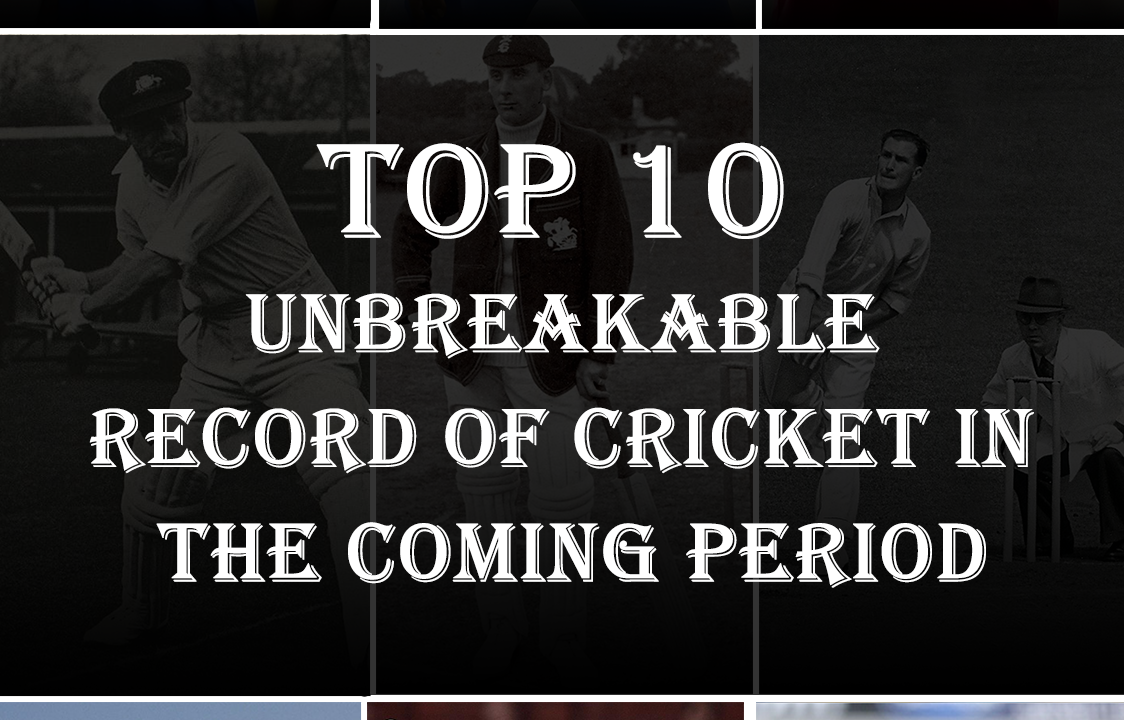 Top 10 Unbreakable Record of Cricket in The coming period

This is top 10 unbreakable record of cricket

Cricket is one of the most of the most famous games on the world. The players are continuously carrying the game bursting at the seams with their talents and abilities. This is top 10 unbreakable record of cricket .

Bradman scored an average of 99.94, while the second batsman in the list of best average after him is Graeme Pollock of South Africa.

Recorded 34357 Runs and 100 Centuries. Second batsman in the list of most runs after him is Kumar Chokshanada Sangakkara of Sri Lanka.

There are only two bowlers arrived past the 1000 wicket mark In worldwide cricket.in his life muttiah took 1347 wickets.

He is England batting in first-class cricketer 61760 Runs in first class.

His best record of 19 wickets in a Test against England in 1956.

He took 4204 wickets in first class cricket. he places in the list of top 25 first class bowlers.

Seven Year ago,He played best by hitting a century in only 30 balls in IPL.

Simmons had given just 3 runs with 8 maidens in 10 overs and took 4 wickets in the ODI match played in Sydney.