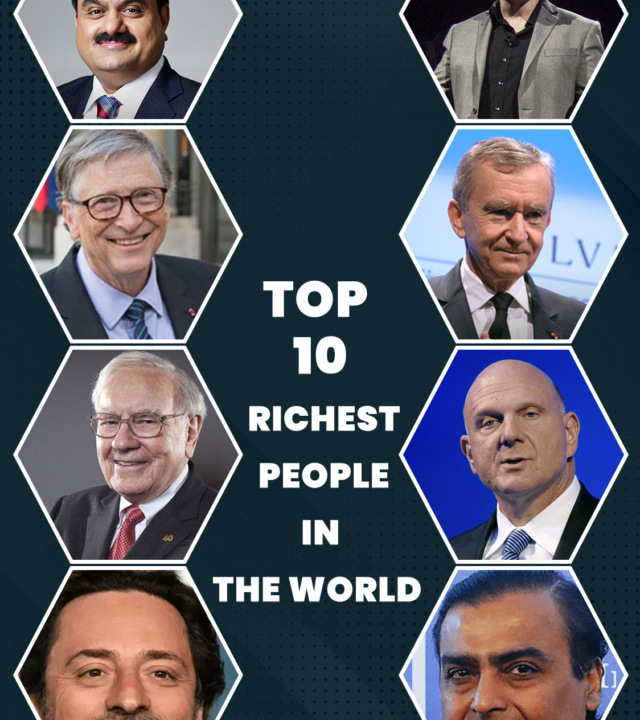 Top 10 Richest People in the world

Top 10 Richest People in the world

The list of the world’s most richest people can differ from one year to another, contingent upon their most recent total assets and financial performance. This is best and Top 10 Richest People in the world.

Founder of Amazon with 10% Ownership and net worth 144$ billion

Founder of Microsoft with 1.3% Ownership and net networth 111$ billion

CEO of bershire hathway with 16% ownership and networth 98.2 $ billion

Co-founder of Alphabet with 6% Ownership and Net worth $93.6 billion

Co-founder of Alphabet with 6% Ownership and Net Worth $89.6 billion

Cofounder of Los Angeles Clippers with 4 % ownership of Microsoft and Net worth $88.4 billion

Co-founder of Reliance Industries with 42% Ownership and Net Worth 83.7$ billion